Become a trickster charged with protecting a small village. Teach the villagers lessons and chase after your worldly desires. Then see what sordid tales these mortals tell of your bizarre interventions.

“Lord, what fools these mortals be!”
- Puck, A Midsummer Night's Dream

Tricksters is a tabletop roleplaying game for 2-5 players. One player will take on the role of the Facilitator (GM), the other players will embody unique tricksters charged with protecting a village.

The Village is created collaboratively by answering questions, leaving the look and feel of the game setting up to the group. The tricksters are comprised of their True Form, Human Form, Tricks and Desires all of which are up to the players. There are no lists to chose from or powers to pick.

The game mechanics are simple focusing on the two most important things for a trickster, Teaching a Lesson and Fulfilling a Desire. When you need to make a roll you build a pool of six-sided dice based on if you have help, you're using a trick or are trying to resist a desire.

In the end you'll come up with the moral or expression the villagers use to remember this little fable you've told.

Tricksters was created for the #folklorejam

In order to download this game you must purchase it at or above the minimum price of $2.99 USD. You will get access to the following files:

That's a great game ! Easy to learn and play.

A Fantastic and chaotic experiance!

GMed this for 3 friends and had a great time! I've never GM/DM'ed before and struggled a little with how much of the story was left up to me; I second kumada1's suggestion for a table of random events. We really enjoyed the goofiness of our setting/scenes, and played a quick session of <2 hours. Definitely could have played for another session or more if we'd developed more involved Desires for the players or if I'd introduced more complex conflicts into the stories. It was great to be able to play as long or short a session as we wanted to. We all enjoyed ourselves and will hopefully play again.

Tricksters is a small, whimsical trpg where the players take on the roles of trickster spirits looking over a small village.

It's 12 pages, with some really splendid illustrations and a solid layout, and everything feels very polished.

The tone reminds me quite a bit of Golden Sky Stories, from the small scale to the cozy atmosphere and emphasis on low-stakes hijinks. Unlike Golden Sky, Tricksters does use dice, but the system is simple and you're both able to stack pretty high pools and benefit from partial successes, so the system is broadly tilted towards progression by succeeding at things.

GMing Tricksters requires a little bit of elbow grease, as the GM is expected to come up with plot hooks and sources of conflict, and this is a game that might benefit a lot from a table of random events. Simply having a chaos-generator to look to when you get stuck might ease GMing this system considerably.

Overall, I'd recommend Tricksters to anyone who's looking for a good one-shot or convention game, as well as anyone who wants to play something fun and cozy.

A game where you create tricksters and tell your own folklore about them. It's a lovely game that reminds me of the fables I read as a kid. 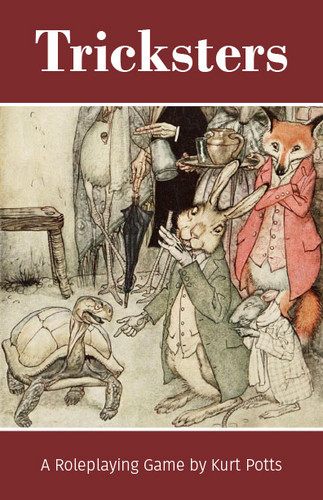 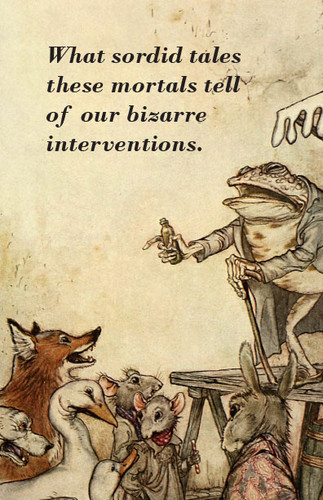 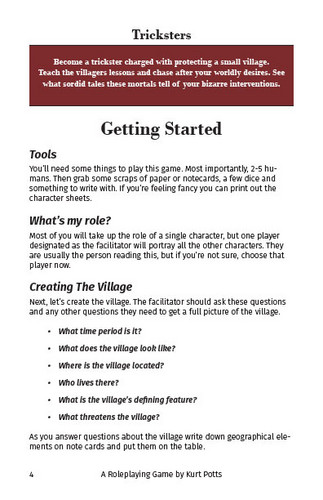